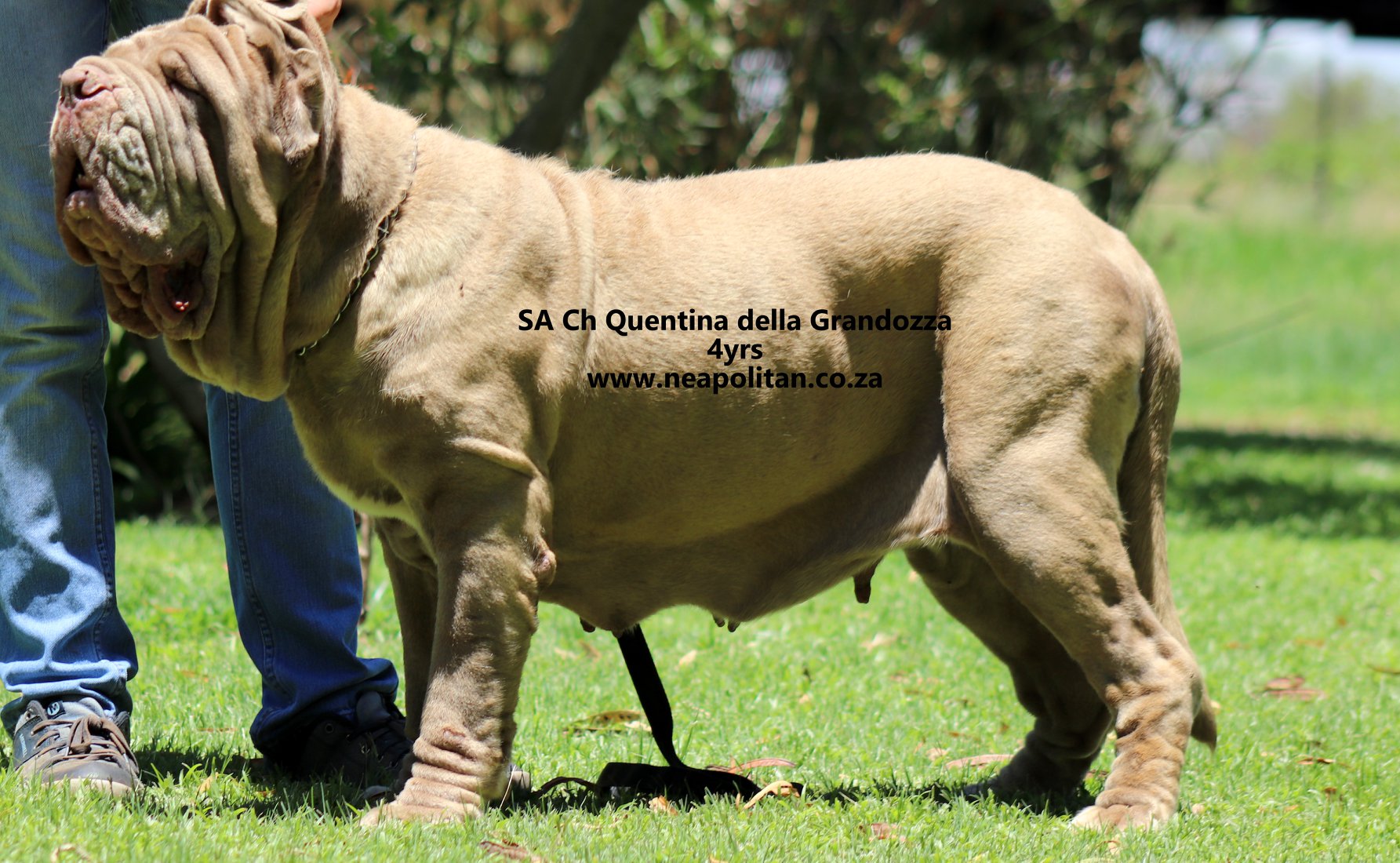 Loose fitting skin over body and head, not to be excessive, with a double dewlap.

Head large with broad short skull, broad across cheeks. Head proportion: skull length two thirds, to muzzle one third. Skull flat and parallel to topline of muzzle. Well-pronounced, definite stop, nose should not protrude beyond vertical line of muzzle. Nose large with well open nostrils. Lips fleshy and thick. The upper lips form inverted ‘v’ when viewed from the front. Muzzle deep and square when viewed from the front, with deep flews. Head has loose skin forming wrinkles and folds but without excess.

Small for size of head, set forward, high and well apart. Triangular, hanging flat towards cheeks but not reaching beyond line of throat.

Thick at root, set on slightly lower than topline. Tapering towards tip. Customarily docked by one third length. Never carried up or over back but may be carried level with topline when moving.

Preferred black, blue, all shades of grey, brown varying from fawn to red. Brindling on either of the latter colours. Small star on chest and white on toes permissible. Pigmentation to tone with coat colours.

Any departure from the foregoing points should be considered a fault and the seriousness with which the fault should be regarded should be in exact proportion to its degree and its effect on health & welfare of the dog.